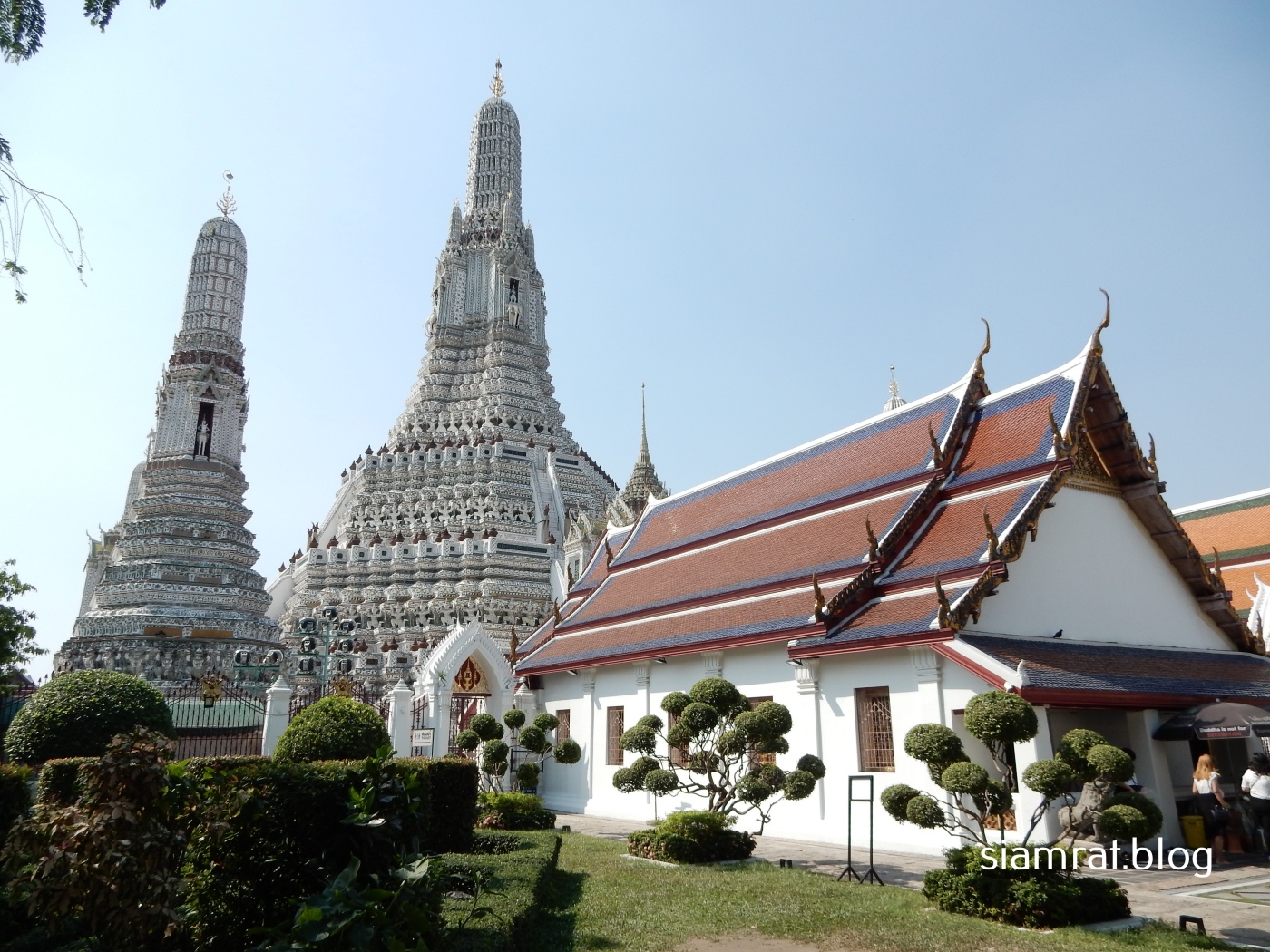 Originally known as Wat Makok it dates back to the Ayuttayan era. In 1767 King Taksin renamed the temple Wat Chaeng and built his palace adjacent to it and in 1779 it temporarily became the seat of the famous Emerald Buddha which had been captured from Vientiane.

After King Rama I moved his palace across the river the temple fell into neglect until King Rama II began a renovation which included the building of its famous prang. The prang is famously decorated with broken pieces of colourful china which was either damaged in transit or used as ballast by trading junks coming from China. The current name Wat Arun was bestowed by King Rama IV.