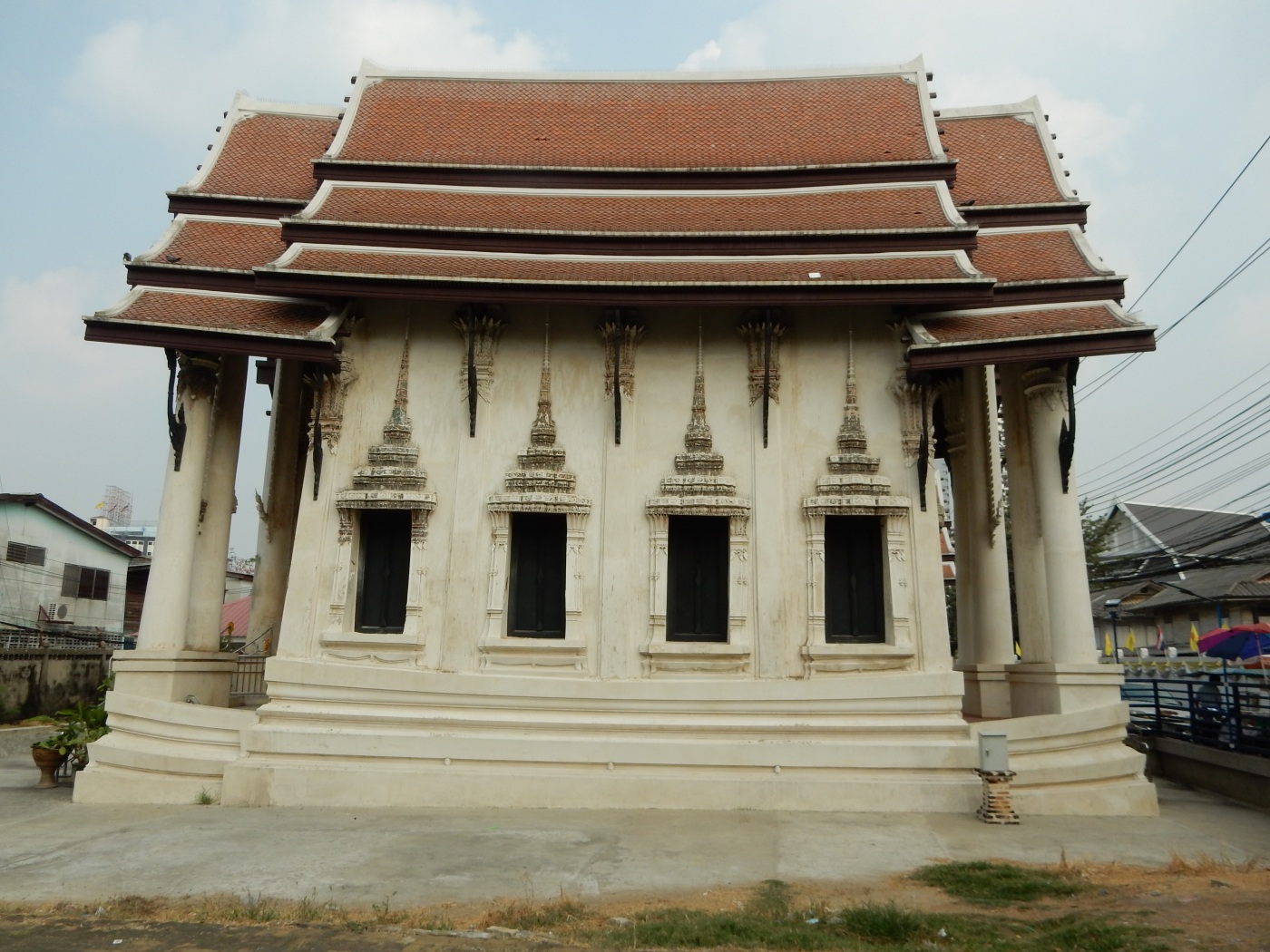 Wat Dusidaram (วัดอนงคาราม) is a third class royal temple. The main ubosot (No photo currently) was built by a daughter of King Rama I (r. 1782 – 1809) and is enclosed by a cloister.

Outside of the enclosed area of Wat Dusidaram are two older temple buildings which date from the late Ayutthaya period. These buildings were originally the ubosot and the wiharn for the nearby temple Wat Phumarin Ratchapaksee prior to this temple being merged with Wat Dusidaram during the reign of King Rama VI (r.1910 – 1925).

The slightly larger of these two old buildings with columns at front and back is the wiharn or assembly hall. The smaller building is the ubosot or ordination hall. They are built with the curved lines of a Chinese ship, an architectural style popular during the late Ayutthaya period known as thong sampao. Inside the walls of the ubosot are still decorated with murals dating from this period.

Between the two buildings stands a small raised wooden building. This is a ho trai or library which is traditionally used for storing temple manuscripts and is thus built on stilts over a pond to protect these documents from insects.