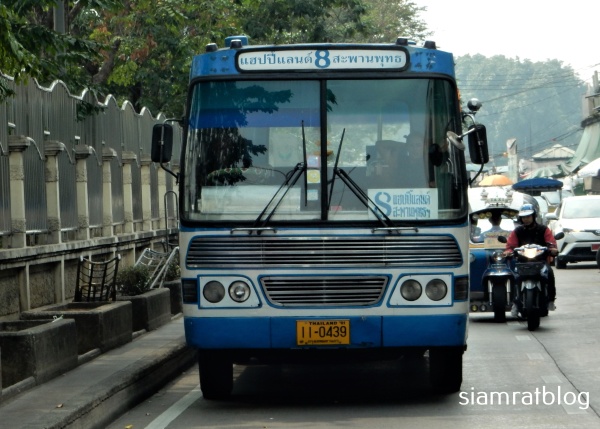 Buses are the most heavily used public transport in Bangkok but often they are badly neglected and services are often poor. One route in particular has become so notorious for not just poor service but the cause of death, destruction and mayhem on Bangkok's streets that it has become an icon in popular culture. That is the infamous "Fast and Furious" Bus Route 8.